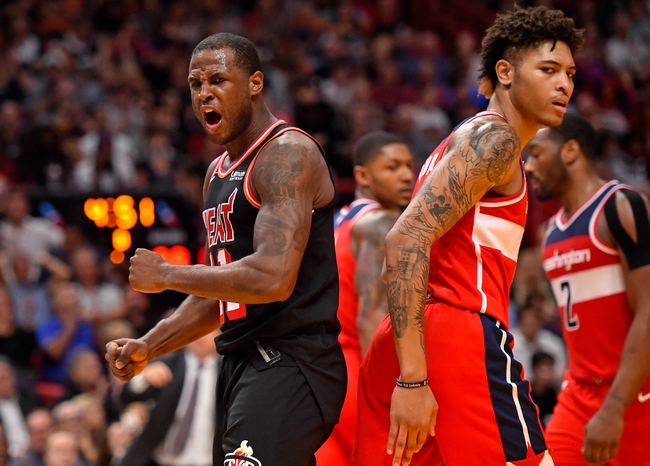 The Miami Heat and Washington Wizards meet Friday in NBA action at the Capital One Arena.

It's tough to beat the same team twice within a couple of days, but the Wizards dominated the Heat on Wednesday night whenever the starters were on the court. The only time Miami was able to make it a game was when Wall and Beal were off the floor, which is typical for the thin Wizards. Bottom line is the Heat are playing a lot like the team from the first half last year and there's no signs of things turning around. I'll eat the reasonable line with Washington.