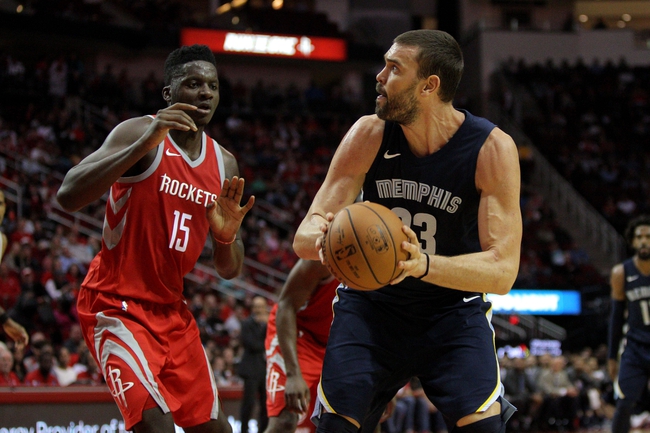 The Houston Rockets and the Memphis Grizzlies do battle at the FedExForum on Saturday night.

The Houston Rockets have won seven of their last eight games and they will be feeling pretty good after making light work of the Suns in a 142-116 win at Phoenix on Thursday. James Harden poured in 48 points with seven assists, Ryan Anderson drained six three-pointers en route to 24 points while Eric Gordon chipped in with 13 points. As a team, the Rockets shot 48 percent from the field and 21 of 44 from the three-point line as they absolutely blew away the Suns, pouring in 90 points in the first half before easing off in the second half. Chris Paul returned to the starting lineup after missing 14 games and chipped in with 11 points and 10 assists in 21 minutes of action. With the easy win, Houston improved to 12-4 overall and 8-1 on the road where they’ve won four straight.

Meanwhile, the Memphis Grizzlies have lost six of their last eight games and they will be hoping to put a halt to a three-game skid after falling to the Pacers in a 116-113 loss on Wednesday. Marc Gasol led the way with 35 points, 13 rebounds, five assists and five blocks while Tyreke Evans chipped in with 18 points and nine assists off the bench. As a team, the Grizzlies shot 51 percent from the field but just eight of 32 from the three-point line but they missed out on a chance to force overtime after trailing by 17 points in the fourth quarter. Mike Conley sat out the game with a sore Achilles and he will be re-evaluated in two weeks.

The Grizzlies have been struggling lately and I don't see them improving too much until Conley returns in another two weeks or so. With that being said, the Rockets have been on a tear lately and it's hard to see them not winning this one by double digits, especially given that they've won eight of nine road games while covering in each of their last four.