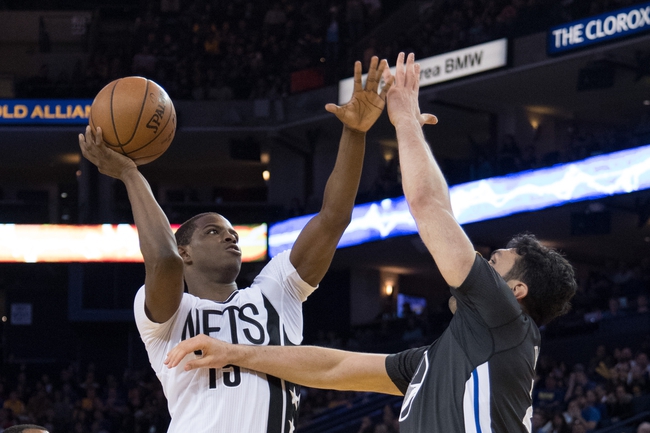 The Golden State Warriors and Brooklyn Nets meet Sunday in NBA action at the Barclays Center.

The Warriors seem to be playing when they want to these days, as they showed last night when getting waxed in the first half against the 76ers and then making a monster comeback in 12 minutes. The off and on type play is why the Nets are worth a shot with the points here. However, you then remember that the Nets are without their stating backcourt, which puts a ton of pressure on guys to create offense who aren't used to creating offense. Not sure how the Nets keep up with the horses on Golden State. Give me Warriors by double digits.