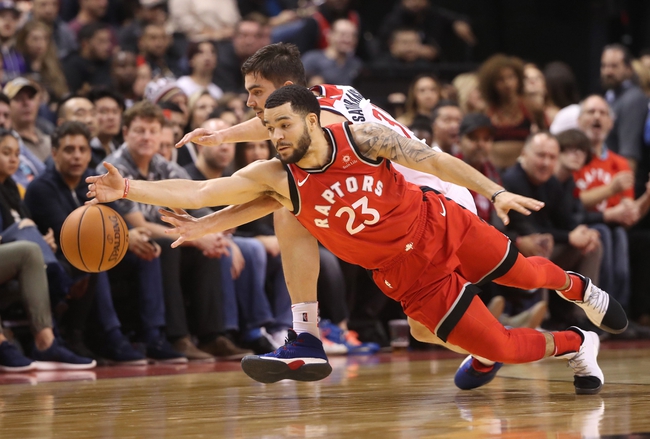 The Washington Wizards and the Toronto Raptors duke it out at the Air Canada Centre on Sunday afternoon.

The Washington Wizards have won five of their last seven games but they will be looking to bounce back after falling to the Heat by 91-88 on Friday. Bradley Beal led the team with 26 points, 10 rebounds and four assists, Otto Porter Jr. added 12 points while Marcin Gortat had 11 points with 13 rebounds. As a team, the Wizards shot 38 percent from the field and 10 of 35 from the three-point line but they needed more from John Wall who tallied eight assists but shot just three of 12 for his eight points, but he did state after the game that he was dealing with fluid in his knee which leaves him in doubt for Sunday.

Meanwhile, the Toronto Raptors have won five of their last six games and they will be gunning for a fourth straight victory after making light work of the Knicks in a 107-84 blowout on Friday. Kyle Lowry flirted with a triple-double as he finished with 22 points, eight rebounds and 10 assists while DeMar DeRozan added 22 points with seven assists. As a team, the Raptors shot a sizzling 56 percent from the field and nine of 26 from the three-point line as they dominated the first half by 54-36 and never looked back. With the easy win, Toronto improved to 10-5 on the season and 5-1 at home where they’ve won three straight.

The Wizards will want to come out firing as their slow start on Friday had them chasing all game, but with Wall's status still uncertain, it's just too hard to pick against a red hot Raptors team looking for a fourth straight home game. Give me the Raptors to get the win and cover at home where they've been solid so far.