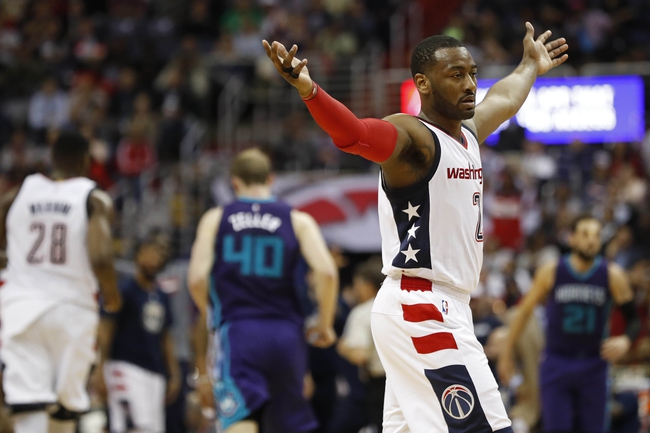 The Washington Wizards and the Charlotte Hornets do battle at the Spectrum Center on Wednesday night.

The Washington Wizards have been in good form as they’ve won five of their last seven games and they will be aiming to build on Monday’s 99-88 win at Milwaukee. Bradley Beal led the way with 23 points and five assists, Kelly Oubre Jr. provided the spark off the bench with 1 points while John Wall chipped in with 15 points and six assists. As a team, the Wizards shot 52 percent from the field and nine of 24 from the three-point line but it was their effort on the defensive end which was the key to the win as they held the Bucks to just four of 22 shooting from the three-point line. With the win, Washington improved to 10-7 on the season and 5-3 on the road where they have won four of their last five.

Meanwhile, the Charlotte Hornets will be aiming for a third straight win after blowing past the Timberwolves in a 118-102 home win on Monday. Dwight Howard led the way with his best game of the season as he poured in 25 points with 20 rebounds and four blocks, Frank Kaminsky added 24 points while Nicolas Batum chipped in with 17 points. As a team, the Hornets shot 49 percent from the field and 11 of 26 from the three-point line as they wrestled with the Timberwolves for three quarters before pulling away with a 34-22 fourth quarter effort. With the much-needed win, Charlotte improved to 7-9 overall and 6-2 at home.

The Hornets have really started to turn things around with a couple of wins on the trot and they’re always tough to beat at home where they’ve won six of eight games so far. The point guard matchup between Wall and Walker is worth the price of admission alone, but I do have the Wizards winning this one as they’ve been a solid road team all season and they’ve owned the  Hornets in this matchup, covering in six of their last seven meetings overall. This one could go either way, but I’m sticking with the Wizards to come out on top with the win tonight.