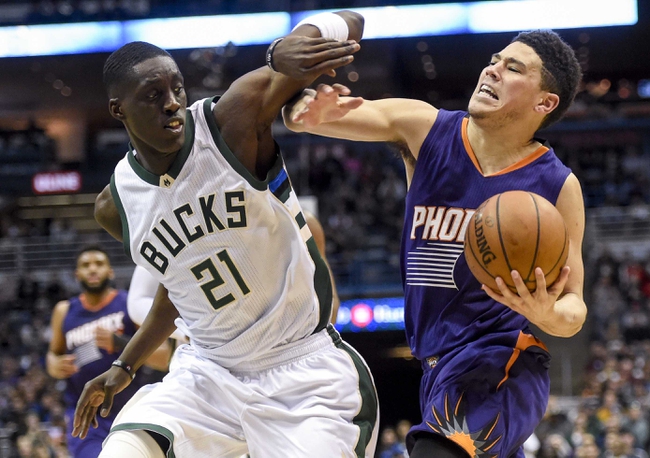 The Milwaukee Bucks pay a visit to the Phoenix Suns at the Talking Stick Resort Arena on Wednesday night.

The Milwaukee Bucks have had an inconsistent start to the season and they will be looking to snap a two-game skid after falling to the Wizards in a 99-88 home loss on Monday. Giannis Antetokounmpo led the way with 23 points but shot just eight of 21 from the field, Khris Middleton added 15 points while Eric Bledsoe chipped in with 14 points and six steals. As a team, the Bucks shot just 44 percent from the field and four of 22 from the three-point line as they faded away in the fourth quarter against the defense of the Wizards. With the loss, Milwaukee dropped back to .500 with a record of 8-8 on the season and 5-4 at home.

Meanwhile, the Phoenix Suns have won three of their last five games and they will be aiming for a third straight victory after taking down the Bulls in a 113-105 home win on Sunday. TJ Warren led the way with 27 points on 13 of 20 shooting, Devin Booker and Mike James added 15 points each while Greg Monroe chipped in with 10 points, six rebounds and four assists. As a team, the Suns shot 51 percent from the field and seven of 27 from the three-point line as they went on a 15-5 run in the fourth quarter to run away the game. With the win, Phoenix improved to 7-11 on the season and 4-7 at home.

The Bucks are in need of a win after losing their last two games to fall back to .500 on the season but they’re up against a young Suns team who have actually been playing some decent basketball with three wins in their last five games. I wouldn’t be too surprised if the Suns pulled off the minor upset at home but I feel the Bucks are due for a win, especially against one of the worst defensive teams in the league.