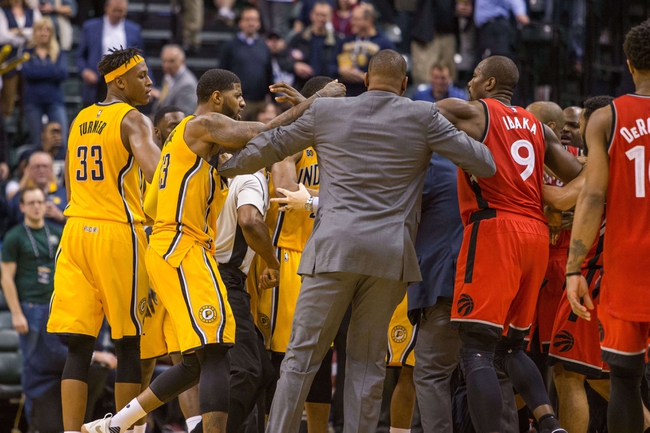 The Toronto Raptors and Indiana Pacers meet Friday in NBA action at the Bankers Life Fieldhouse.

The Indiana Pacers are playing some really good basketball, which includes 48 percent shooting from the field and 46.2 percent shooting from deep in their last five games. However, the Raptors are still the better team here and despite getting beatup by the Knicks on Wednesday, they're still outscoring teams by 10 points in their last five games. I also expect an inspired performance after such a brutal third quarer against New York. I'll take the Raptors and lay the bucket.