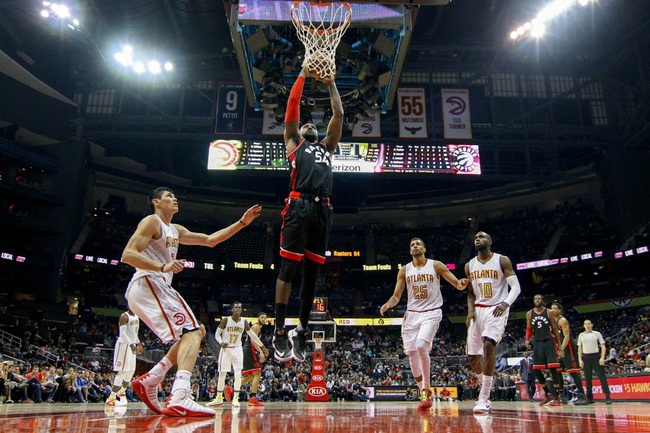 The Toronto Raptors and Atlanta Hawks meet Saturday in NBA action at the Philips Arena.

I'm not backing the Hawks unless I'm getting double digit points, as this team is awful. However, the Raptors continue to struggle on the road and have blown back-to-back games against teams they should beat if they're truly one of the better teams in the East. Anyway, the Raptors are shooting 50.5 percent from the field in their last five games and the Hawks are shooting 49.5 percent during that same span. The over is 4-1 in the last five times these teams have played and 9-3 in the Hawks last 12 games. Give me the over.