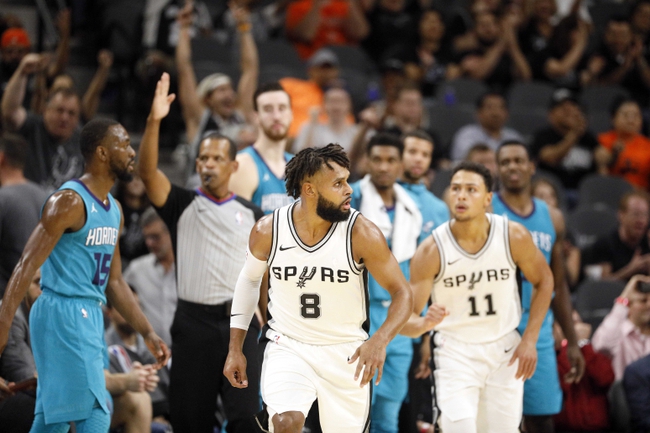 The San Antonio Spurs and Charlotte Hornets meet Saturday in NBA action at the Spectrum Center.

I've been down on the Hornets forever, as this isn't a good basketball team and often relies way too much on Kemba to do everything. The San Antonio Spurs can't win on the road for whatever reason, but they are catching Charlotte on the end of a back to back and in a major funk. Oh, we're also getting the Spurs and a point or two. The Spurs and points almost never happens. I have to side with the road team here because the Spurs are the better team and points with the better team always makes sense.