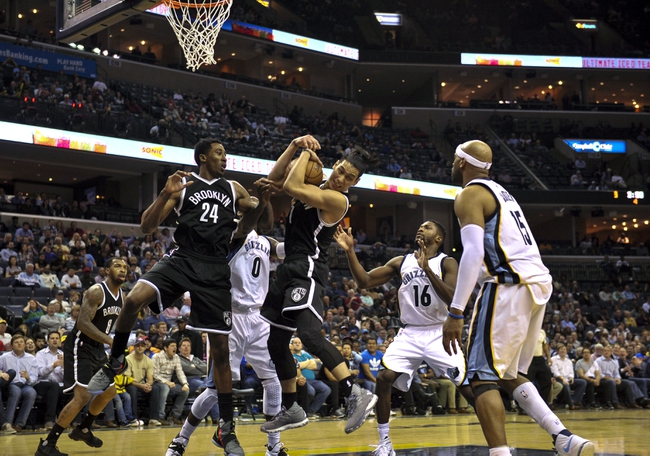 The Brooklyn Nets pay a visit to the Memphis Grizzlies at the FedExForum on Sunday night.

The Brooklyn Nets have been in a major struggle as they’ve lost five of their last six games and they will be hoping to snap a three-game skid after falling to the Trailblazers in a 127-125 home loss on Friday. Spencer Dinwiddie led the team with 23 points and six assists, Rondae-Hollis Jefferson added 17 points while the bench combined for 63 points. As a team, the Nets shot a healthy 50 percent from the field and 10 of 25 from the three-point line, but they just couldn’t get the stops when they needed it most as they blew a six-point lead late in the fourth quarter. With the loss, Brooklyn dropped to 6-12 on the season and 4-5 at home.

Meanwhile, the Memphis Grizzlies just haven’t been able to buy a win lately as they’re riding an ugly seven-game skid after falling to the Nuggets in a 104-92 loss on Friday. JaMychal Green led the scoring with 21 points on a perfect nine of nine shooting, Marc Gasol and Tyreke Evans added 15 points each while Mario Chalmers chipped in with 12 points. As a team, the Grizzlies shot 49 percent from the field and nine of 24 from the three-point line but after fighting so hard to erase a 16-point halftime deficit, they would run out of gas in the fourth quarter where they were outscored by 28-18. With the loss, Memphis dropped to 7-11 on the season and 4-6 at home.

Both teams are having to deal with injuries at the point guard position which makes this one interesting, but I have to give the edge to the Nets who have covered in each of their last four games. With both teams struggling to win games, you really couldn’t feel too confident with your money on either team, but I’ll side with the Nets and the points.