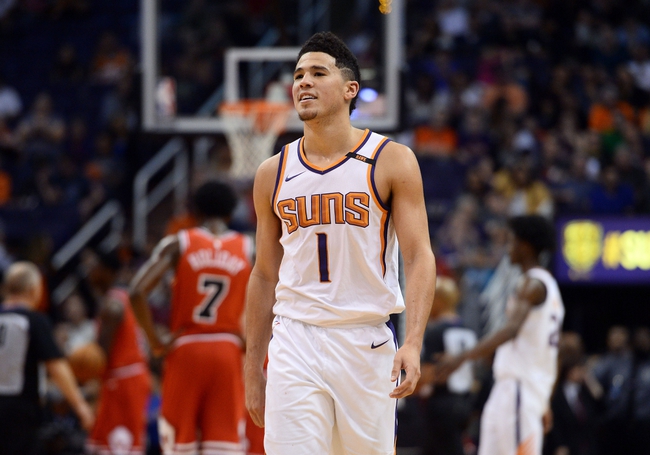 The Phoenix Suns pay a visit to the Chicago Bulls at the United Center on Tuesday night.

The Phoenix Suns have lost five of their last seven games and they will be looking to snap a three-game skid after falling to the Timberwolves in a 119-108 loss on Sunday. Mike James led the team with 26 points five rebounds and seven assists off the bench, TJ Warren added 18 points while Tyson Chandler chipped in witih 12 points. As a team, the Suns shot 50 percent from the field and 13 of 26 from the three-point line as they did pretty well to hang with the Timberwolves despite playing without their leading scorer in Devin Booker who sat out with a right toe injury.

Meanwhile, the Chicago Bulls will take any win they can get as they’re still stuck on just three wins on the season. In Sunday’s 100-93 loss to the Heat, Jerian Grant led the team with 24 points off the bench, Denzel Valentine added 14 points with 13 rebounds and seven assists while Justin Holiday added 15 points. As a team, the Bulls shot just 37 percent from the field and they were poor defensively as they allowed 93 points in the final three quarters after allowing just seven points in the first quarter. With the loss, Chicago dropped to 3-15 overall and 2-5 at home.

You never know what you're going to get from the Bulls on a nightly basis and you could say the same for the Suns. This is certainly the type of game I'd rather stay away from, but the news is that Booker is available for this game so I'm leaning towards the Suns to get the win in this one.