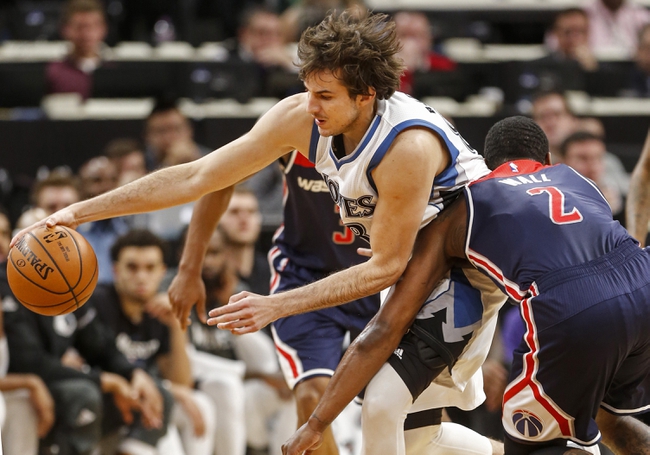 The Washington Wizards and the Minnesota Timberwolves duke it out at the Target Center on Tuesday night.

The Washington Wizards have been in a bit of a slump as they’ve lost four of their last five games and they will be hoping to bounce back from Saturday’s 108-105 loss to the Trailblazers. Bradley Beal led the team with 26 points and seven assists, Otto Porter Jr. added 24 points while Kelly Oubre Jr. chipped in with 13 points off the bench. As a team, the Wizards shot 46 percent from the field and eight of 23 from the three-point line but they will be kicking themselves after blowing a 12-point lead with just 6:00 left in the fourth quarter. John Wall sat out the game to receive treatment for his left knee and is expected to be out another two weeks.

Meanwhile, the Minnesota Timberwolves have lost three of their last five games but they will be hoping to build on Sunday’s 119-108 win over the Suns. Karl-Anthony Towns led the way with 32 points and 12 rebounds, Jimmy Butler added 25 points while Andrew Wiggins chipped in with 21 points. Tyus Jones drew the start for the injured Jeff Teague and had himself a nice game of nine points with seven assists and seven steals. As a team, the Timberwolves shot a healthy 52 percent from the field and nine of 21 from the three-point line as they took down the struggling Suns who were also without their best player in Devin Booker.

Teague may not be available to play in this game, but the Wizards are definitely doing it tough as they miss so much with Wall on the sidelines. The Wizards have lost their last two games by a combined eight points and I'm expecting more of the same as I feel the Timberwolves should be good enough to just get the win and cover here.