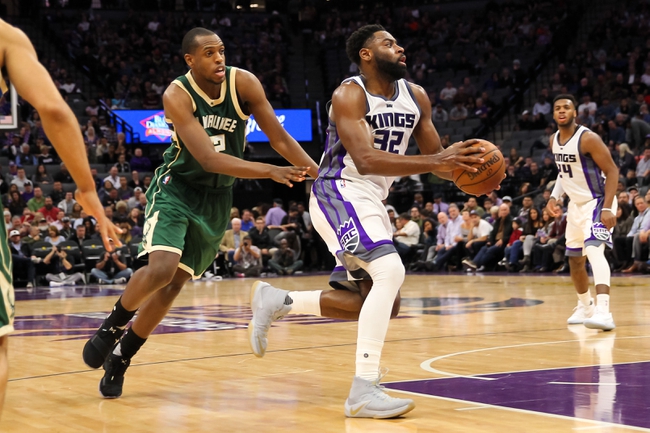 The Milwaukee Bucks and Sacramento Kings meet Tuesday in NBA action at the Golden 1 Center.

The Kings are coming off a monster upset win over the Warriors, so this may be a letdown spot for a young team that probably celebrated a bit too much. However, I'm not laying this much chalk with a Bucks team that continues to run hot and cold and is being outscored by nine points in their last five games. The Bucks aren't consistent defensively and have had serious struggles on the road. The Kings have had success at home and have these offensive stretches that have allwoed them to hang around lately. I'll take a shot with the points here.