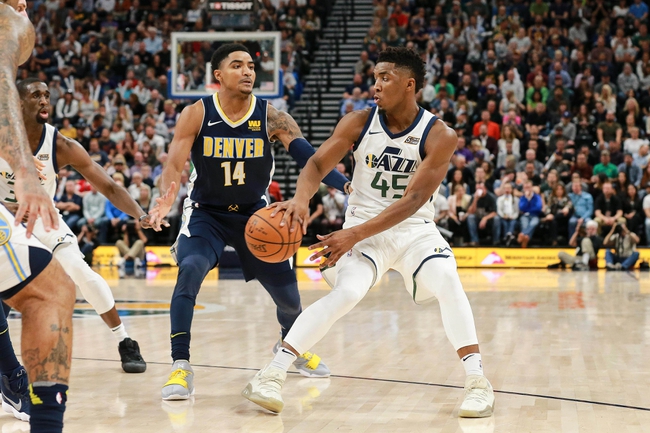 The Utah Jazz play host to the Denver Nuggets at the Vivint Smart Home Arena on Tuesday night.

The Denver Nuggets have split their last six games but they will be feeling pretty good after taking down the Grizzlies in a 104-92 home win on Friday. Nikola Jokic led the way with 28 points with 13 rebounds and eight assists, Jamal Murray and Gary Harris added 15 points each while Kenneth Faried chipped in with 14 points. As a team, the Nuggets shot 50 percent from the field and outrebounded the Grizzlies by 50-23 as they recovered to win comfortably after blowing a 16-point halftime lead. With the win, Denver improved to 11-8 overall and 8-2 at home.

Meanwhile, the Utah Jazz went through their early season struggles but they’re starting to build some momentum with three wins in their last four games. In Saturday’s 121-108 win over the Bucks, Donovan Mitchell led the way with 24 points, Rodney Hood added 21 points and Joe Ingles chipped in with 15 points and nine assists. As a team, the Jazz shot a sizzling 57 percent from the field and an impressive 18 of 32 from the three-point line as they outpaced the Bucks in a shootout. With the win, Utah improved to 9-11 overall and 8-4 at home.

The Nuggets are searching for a bit of consistency as they’ve alternated wins and losses for six games straight, while the Jazz are looking to stay hot, especially at home where they’ve won their last two games. This should be a close contest but I’m going to stick with the Jazz at home as they’re really starting to play their best basketball of the season, despite missing their defensive anchor in Rudy Gobert.