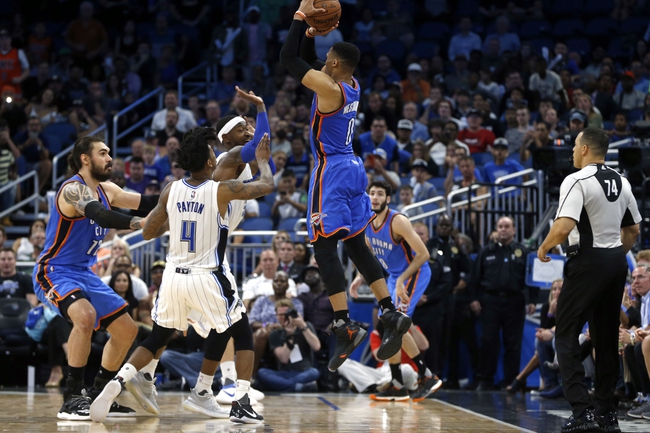 The Oklahoma City Thunder and Orlando Magic meet Wednesday in NBA action at the Amway Center.

The Magic have cooled off after a strong start to the season, and they're being outscored by 12 points in their last five games. On the flipside, the Thunder aren't playing any better, as they've lost four of their last five games and all four of those losses came when they were favorties. OKC struggles with consistent offense, can't get stops down the stretch and the offense relies way too much on iso plays. All that talent and the Thunde rjust haven't figured it out yet. I don't love this game and probably will stay away, but in terms of making a pick for the article, I'd take the points and the Magic as more of a fade from OKC.