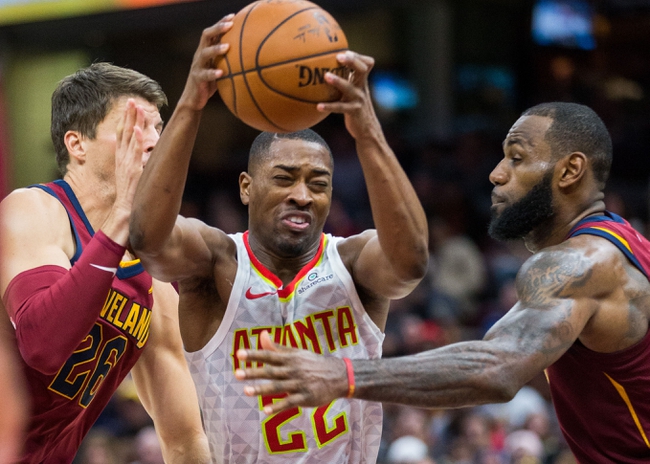 The Cleveland Cavaliers pay a visit to the Atlanta Hawks at the Philips Arena on Thursday night.

The Cleveland Cavaliers are finally on a bit of a roll as they’re now riding a nine-game win streak after taking down the Heat by 108-97 on Tuesday. Kevin Love led the way with a monster night of 38 points on 10 of 16 shooting in just 25 minutes of action. LeBron James added 21 points with 12 rebounds, six assists and five steals and Dwyane Wade chipped in with 17 points off the bench. As a team, the Cavaliers shot 49 percent from the field but all the damage was done in the first half where they outscored the Heat by 75-49. With the easy win, Cleveland improved to 14-7 on the season and 7-4 at home.

Meanwhile, the Atlanta Hawks have lost eight of their last 10 games and they will still be picking up the pieces from their 112-78 blowout loss to the Raptors on Saturday. Dennis Schroder scored 14 points while DeWayne Dedmon and Marco Belinelli added 10 points each. As a team, the Hawks shot just 34 percent from the field and six of 27 from the three-point line but this game was over in a hurry as the Hawks were already trailing by 28 points going into halftime. With the loss, Atlanta dropped to 4-16 on the season and 2-7 at home.

The Cavaliers certainly went through their struggles at the start of the season but they’ve seemed to be in a groove now as they search for a 10th straight win. The Hawks’ last four losses have all come by double-digits and I can’t see that changing tonight against the red-hot Cavaliers.