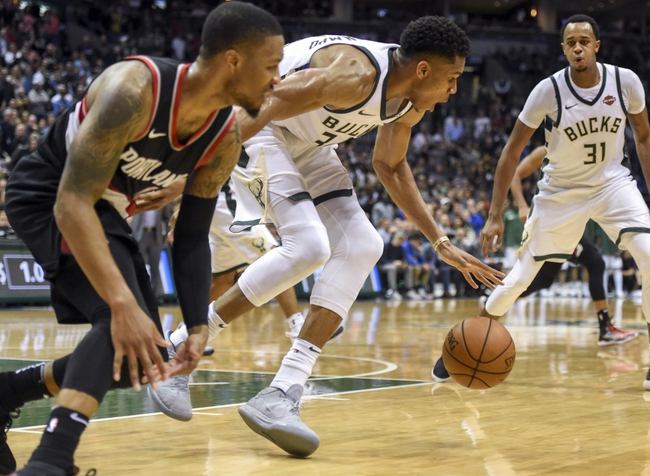 The Milwaukee Bucks and Portland Trail Blazers meet Thursday in NBA action at the Moda Center.

The Bucks have won the last three meetings against the Trail Blazers, as the length and defensive pressure really bothers those shooters. However, the Bucks continue to struggle on the road and one could argue the defensive success hasn't been the same as years past. Also, Portland is kind of finding itself the last couple of weeks, winning five of its last six and making its outside shots with more consistency. The Trail Blazers can beat just about anybody when everybody is hitting the three-ball. I'll lay the bucket here, as the Trail Blazers are simply in better form right now.