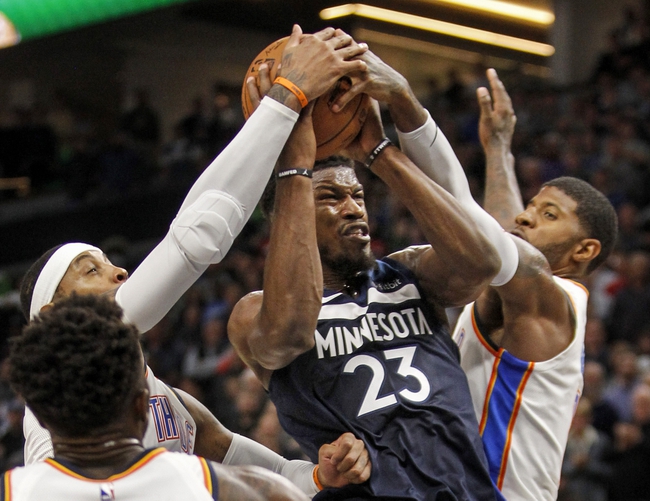 These are two teams I try my best to avoid until they get out of these funks. The Timberwolves can't string wins together, and it's been a few years now, I'm almost ready to give up on this squad while everybody is drooling over the potential of guys who just can't figure it out. The Thunder are the most disappointing team in the league. In terms of this game, the Thunder have played their best ball at home and this could be a turning point in the season after Westbrook looked depressed after the Magic loss and Billy Donovan called his team out after the game. This could be where guys start to change things around and trust teammates more. It's not working, change it up. I don't love either of these teams, but I trust OKC at home more.