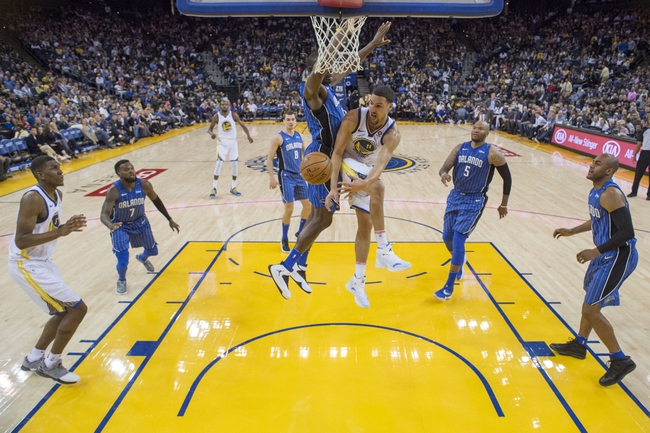 The Golden State Warriors and Orlando Magic meet Friday in NBA action at the Amway Center.

The Warriors have just been skating by lately, as the blowouts aren't there and neither are the covers. Also, the Warriors are just 5-7 this season against the number when a double-digit favorite. The Magic got off to a fast start, lost nine straight and then showed signs of returning to form after blowing out the OKC Thunder. Orlando is also 2-0 ATS this season when a double-digit underdog. Not sure what to make of this Magic team, but I can't lay big chalk when Golden State is just cruising through the regular season. I'll take a stab with the points if I have to make a pick.