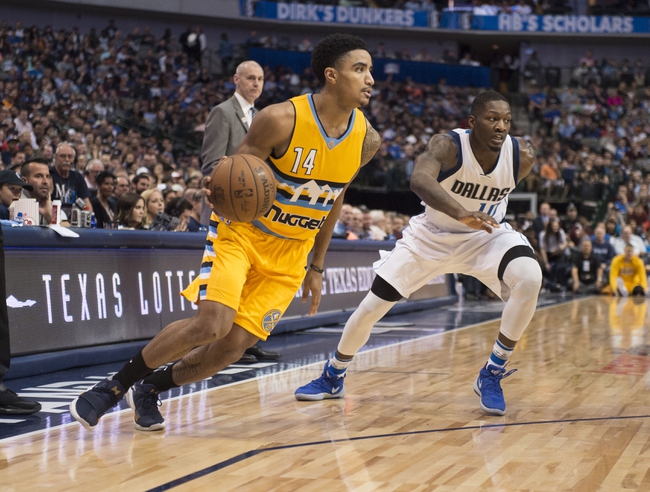 The Denver Nuggets and the Dallas Mavericks do battle at the American Airlines Center on Monday night.

The Denver Nuggets have won three of their last four games and they will be looking to build on Saturday’s 115-100 win over the Lakers. Jamal Murray drained five three-pointers to lead the team with 28 points, Trey Lyles added 18 points while Will Barton chipped in with 16 points. As a team, the Nuggets shot 46 percent from the field and 12 of 31 from the three-point line but this game went down to final 3:57 where the Nuggets closed the game on 15-0 run to come away with the victory. With the win, Denver improved to 13-9 on the season and 10-2 at home where they have won seven straight.

Meanwhile, the Dallas Mavericks have split their last six games but they were able to snap a two-game skid with an impressive 108-82 win over the Clippers on Saturday. JJ Barea led the team with 21 points and 10 assists off the bench, Dirk Nowitzki added 16 points while Devin Harris added 15 points. As a team, the Mavericks shot 45 percent from the field and 16 of 35 from the three-point line as they stormed out of the gates to lead by 59-38 at halftime before cruising in the second half. With the much-needed win, Dallas improved to 6-17 on the season and 4-10 at home.

The Nuggets have been in pretty good form and they will be feeling good following their big win over the Lakers, but they’ve won just three of their 10 road games while covering in just one of their last six road games. The Mavericks have been inconsistent all season, but they certainly looked good in their blowout win over the Clippers and the home team has dominated this matchup. With that being said, I’m leaning towards the Mavericks to keep things rolling with a narrow win and cover in this one.