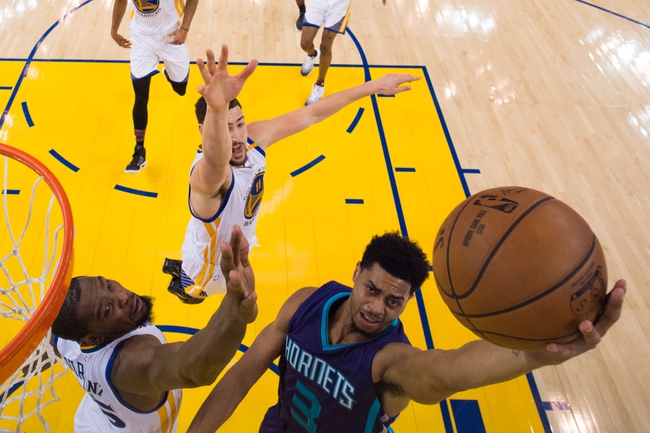 The Golden State Warriors and the Charlotte Hornets collide at the Spectrum Center on Wednesday night.

The Golden State Warriors have won six of their last seven games and they will be gunning for a fifth straight win after beating the Pelicans by 125-115 on Monday. Stephen Curry led the team with 31 points and 11 assists before leaving the game with an ankle sprain, Klay Thompson added 22 points while Kevin Durant and Draymond Green added 19 points each. As a team, the Warriors shot 51 percent from the field and 16 of 33 from the three-point line as they poured in 76 points in the second half to erase a 21-point deficit. With the dramatic win, Golden State improved to 19-6 on the season and 11-3 on the road where they’ve won four straight.

Meanwhile, the Charlotte Hornets will be breathing a little sigh of relief after snapping a four-game skid with a 104-94 win over the Magic on Monday. Kemba Walker led the team with 29 points and seven assists, Frank Kaminsky added 14 points off the bench while Dwight Howard and Jeremy Lamb chipped in with 12 points each. As a team, the Hornets shot just 40 percent from the field and three of 17 from the three-point line but they made up for that by outscoring the Magic by 33-12 at the free-throw line. With the win, Charlotte improved to 9-13 overall and 8-3 at home.

Curry has officially been ruled out for Wednesday which is obviously disappointing for the Warriors, but they have more than enough depth to get by in the short term without him. The Hornets will see this as a great opportunity to take down the defending champs, but I expect the Warriors to lean on Durant and Thompson to pick up the slack while Curry is injured. The Hornets have been a great home team so far, but I think the Warriors still get the win and cover when it's all said and done.