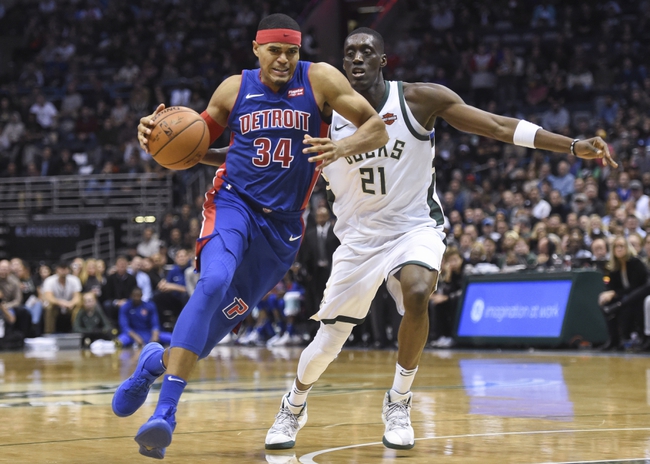 The Pistons continue to struggle on the road and aren't exactly playing the same defense they were playing with earlier in the season. The Bucks are shooting 50.8 percent from the field in their last five games, which is more than four percent better than league average during that span. The Bucks have also beaten the Pistons in four of the last five meetings, as Detroit consistently struggles against Milwaukee's length. I'll take the home team and lay the bucket.