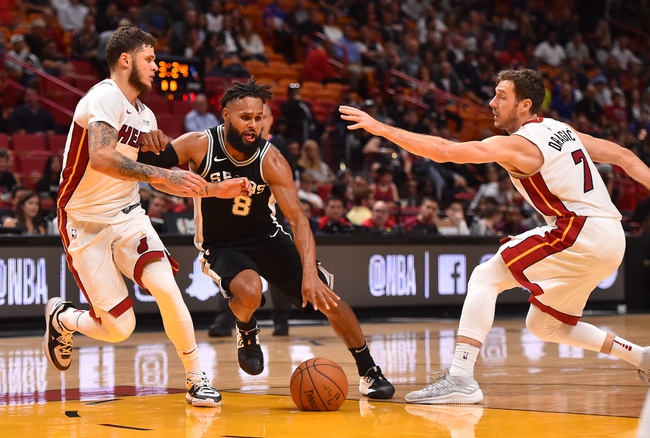 The Miami Heat are starting to play better and more consistent basketball as of late, but they continue to struggle in the second half and are still without Whiteside, the guy who provides rim protection and cleans the glass. The Heat have played their best ball on the road, but it's hard to take them seriously against a team such as the Spurs, especially without one of their best players on the court. Gasol and Aldridge should feast in this game, giving the Spurs another home victory.