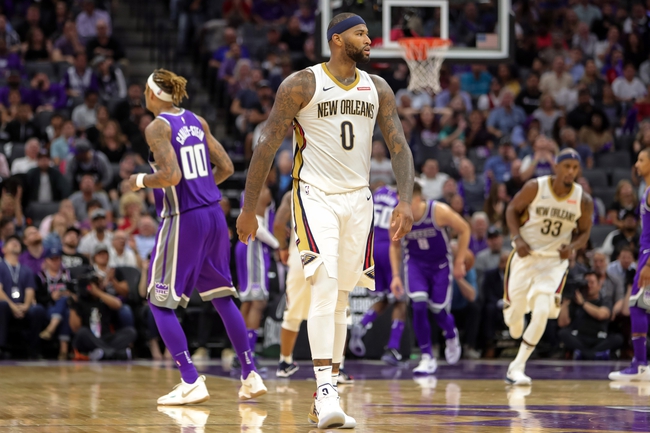 The Sacramento Kings and the New Orleans Pelicans duke it out at the Smoothie King Center on Friday night.

The Sacramento Kings have lost three of their last four games and they will be hoping to bounce back after falling to the Cavaliers in a 101-95 on Wednesday. Zach Randolph led the team with 1 points, 10 rebounds, six assists and three steals, Buddy Hield added 17 points while Frank Mason chipped in with 15 points. As a team, the Kings shot 45 percent from the field and 10 of 32 from the three-point line as they really took it to the Cavaliers until LeBron James snatched the game from them with a clutch three to finish with 32 points. With the loss, Sacramento dropped to 7-17 overall and 3-11 on the road.

Meanwhile, the New Orleans Pelicans have lost four of their last six games but they will be looking to build on their 123-114 home win over the Nuggets on Wednesday. With Anthony Davis sitting out with a left adductor strain, DeMarcus Cousins picked up the slack and poured in 40 points with 22 rebounds, four assists and four blocks while Jrue Holiday added 27 points with seven assists. As a team, the Pelicans shot 53 percent from the field and 12 of 31 from the three-point line as they used a decisive 20-3 run in the fourth quarter as they led by as many as 20 points. With the win, New Orleans improved to 13-12 overall and 6-6 at home.

Anthony Davis is listed as questionable for this game, but I'm going to assume that the Pelicans won't rush him back. Both teams are in similar form but Cousins has been in red-hot form for the Pelicans and I'm expecting him to have another huge game against his former team. The Pelicans have covered in eight of their last nine games against teams with losing records and I think that trend continues tonight.