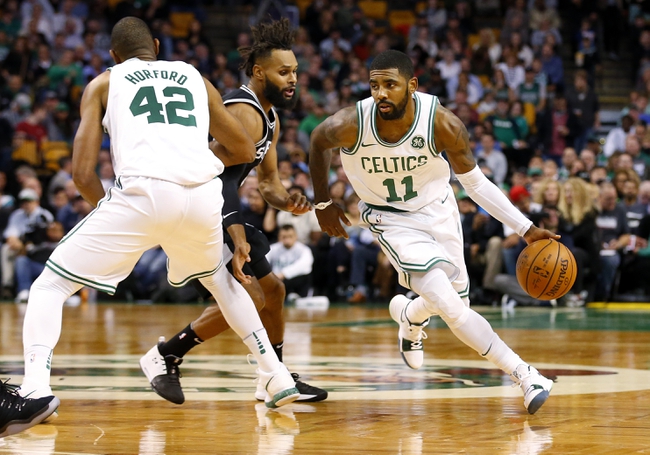 The Boston Celtics pay a visit to the AT&T Center to battle the San Antonio Spurs on Friday night.

The Boston Celtics have won six of their last seven games and they will be gunning for a fifth straight win after sneaking past the Mavericks on Wednesday. Kyrie Irving led the team with 23 points on 10 of 18 shooting, while Al Horford and Jayson Tatum chipped in with 17 points each. As a team, the Celtics shot 41 percent from the field and 12 of 34 from the three-point line as they struggled against the Mavericks in the first half before dominating the second half by 50-33 on the back of their defense. The Celtics were shorthanded for this game as they were without Jaylen Brown and Marcus Morris and if neither are available to suit up again, it will be Marcus Smart and Tatum who will have to play extended minutes. With the win, Boston improved to 22-4 on the season and 10-2 on the road.

Meanwhile, the San Antonio Spurs have been on a tear as they’ve won six of their last seven games and they will be gunning for a third straight win after beating the Heat by 117-105 on Wednesday. It was a real balanced scoring effort from the Spurs as eight players finished in double figures. LaMarcus Aldridge continued his excellent season with 18 points, Bryan Forbes added 17 points while Rudy Gay chipped in with 16 points. As a team, the Spurs shot 53 percent from the field and 13 of 25 from the three-point line as they outscored the Heat by 60-47 in the second half to improve to 17-8 overall and 12-2 at home where they have won seven straight.

These teams last met on Oct 30 and it was the Celtics who ran away with a 108-94 win at home behind 24 points from Irving and 18 points from Brown. Both teams have stayed red hot since then so I’m expecting a much closer contest. The Celtics have covered in eight of their last nine games overall but the home team has had the clear advantage ATS in this matchup, so this feels like a coin flip. With that being said, I feel home-court advantage is the difference in this one so I’m sticking with the Spurs who will be aiming for an eighth straight home win.