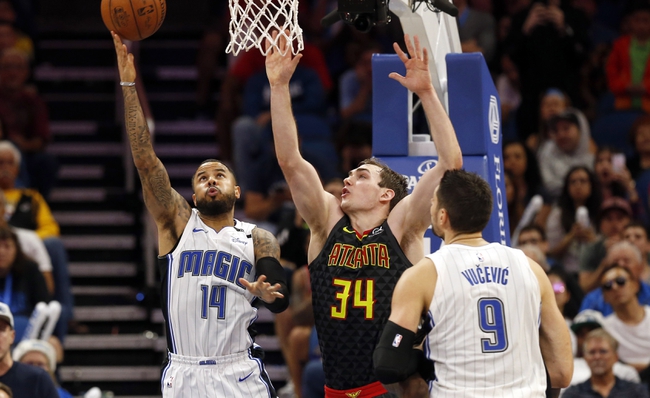 The Orlando Magic and Atlanta Hawks meet Saturday in NBA action at the Philips Arena.

I'm not trying to bet on either one of these teams to be completely honest, as both teams have been rough against the number and the straight up losses have been piling up. However, if forced to pick, the Hawks are at home and are catching the Magic on the end of a back to back. The Hawks are also shooting a solid 46.7 percent from the field at home, which doesn't hurt. I'd stay away from this game, but if forced to pick, I'll lay the bucket with the rested home team.