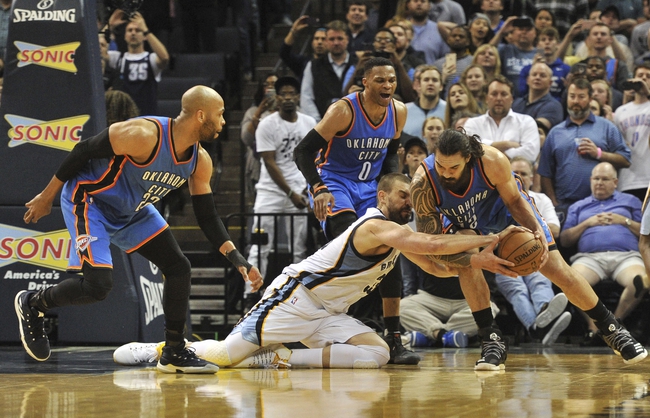 The Oklahoma City Thunder and Memphis Grizzlies meet Saturday in NBA action at the FedExForum.

The Oklahoma City Thunder head into this game banged up and may be without Paul George, but that's not enough for me to back the Memphis Grizzlies. Memphis simply isn't a good basketball team and the losses are piling up at an insane rate. Until Mike Conley returns, this is a squad I've been fading pretty much all season long. OKC has its issues with consistency and possibly missing one of its top players is a concern, but there's still more talent than what the Grizzlies have to offer. Give me the better team and the reasonable number.