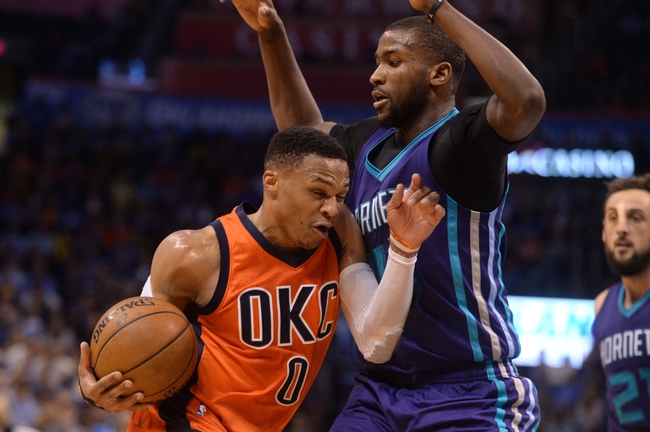 The Charlotte Hornets pay a visit to the Oklahoma City Thunder at the Chesapeake Energy Arena on Monday.

The Charlotte Hornets have lost seven of their last eight games and they will be hoping to snap a three-game skid after losing to the Lakers by 110-99 on Saturday. Kemba Walker led the team with 23 points, Dwight Howard had a double-double of 21 points with 12 rebounds while Marvin Williams chipped in with 13 points. As a team, the Hornets shot 44 percent from the field and eight of 25 from the three-point line but they couldn’t keep a lid on the Lakers’ Jordan Clarkson who scored 22 points and six assists off the bench to fuel the Lakers who dominated the second half by 58-43. With the loss, Charlotte dropped to 9-16 on the season and 8-6 at home.

Meanwhile, the Oklahoma City Thunder have found a bit of form as they’ve now won four of their last five following their 102-101 overtime victory at Memphis on Saturday. Carmelo Anthony and Steven Adams led the scoring with 21 points each while Russell Westbrook finished with a triple-double of 20 points with 11 rebounds and 14 assists. Alex Abrines drained six three-pointers on his way to 20 points as the Thunder shot 39 percent from the field and 12 of 34 from the three-point line to overcome a 20-point first half deficit to come away with the unlikely win. With the win, Oklahoma City improved to 12-13 overall and 3-10 on the road.

We have a team that doesn't play well on the road in the Hornets against a team that hasn't been covering point spreads anywhere in the Thunder making this a very tough spot so while I don't love this game I will take the points with Charlotte in what is a lean at best.