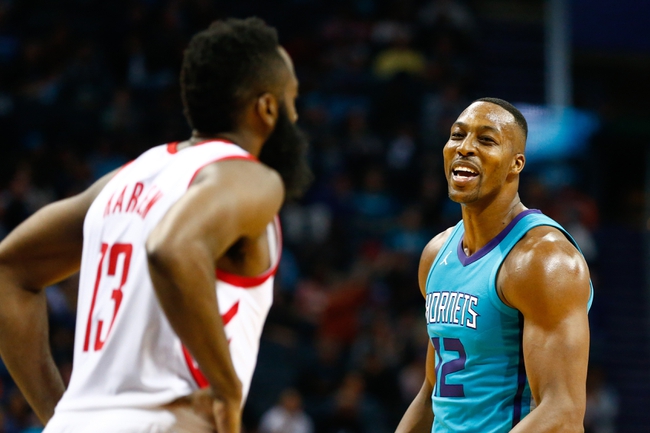 The Houston Rockets play host to the Charlotte Hornets at the Toyota Center on Wednesday night.

The Charlotte Hornets have lost seven of their last nine games but they were able to snap a three-game skid with a 116-103 win at Oklahoma City on Monday. Dwight Howard led the way with 23 points, Kemba Walker added 19 points with nine assists while Marvin Williams drained four three-pointers to finish with 18 points. As a team, the Hornets shot 53 percent from the field and 13 of 25 from the three-point line as they broke open a tightly contested game with seven three-pointers in the third quarter where they outscored the Thunder by 40-22. With the win, Charlotte improved to 10-16 on the season and 2-10 on the road where they had lost seven straight before Monday’s win.

Meanwhile, the Houston Rockets have been in red-hot form as they will be aiming for an 11th straight win after beating the Pelicans by 130-123 on Monday. Clint Capela had a field day as he led the team in scoring with 28 points on 13 of 14 shooting, Eric Gordon added 27 points off the bench while James Harden racked up 26 points with 17 assists and six steals. As a team, the Rockets shot 54 percent from the field and 17 of 45 from the three-point but they really had to fight in this one as they were down by eight points in the fourth quarter before they closed the game on a 32-16 run to improve to 21-4 overall and 9-3 at home.

The Hornets will be feeling good from their big win over the Thunder on Monday, but they've been struggling lately while the Rockets have become the hottest team in the league. The Hornets have covered in just three of their last 15 road games and just once in their last nine meetings in Houston, so I'm sticking with Rockets to stay hot with another double-digit win at home. Harden has just been playing on another level and the addition of Chris Paul has this team firing on all cylinders at the moment.