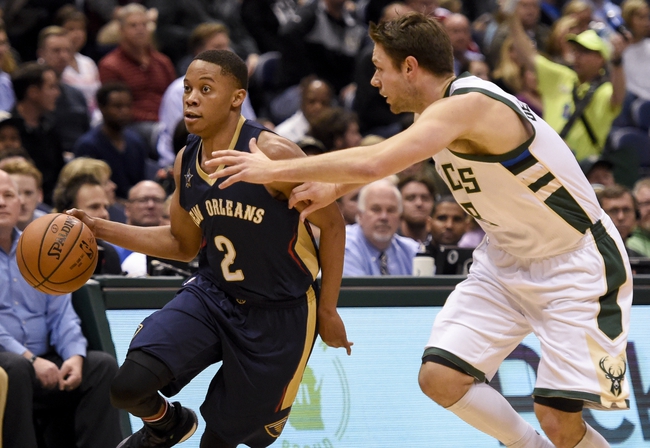 The Milwaukee Bucks and the New Orleans Pelicans square off at the Smoothie King Center on Wednesday night.

The Milwaukee Bucks have been building some momentum with six wins in their last seven outings and they will be hoping for a fourth straight win after making light work of the Jazz in a 117-100 home win on Saturday. Giannis Antetokounmpo led the way with 37 points, 13 rebounds and seven assists, Eric Bledsoe added 20 points while Malcolm Brogdon chipped in with 16 points off the bench. As a team, the Bucks shot 54 percent from the field as they never looked threatened after leading by as many as 16 points midway through the second quarter. With the easy win, Milwaukee improved to 15-10 overall and 9-4 at home where they have won four straight.

Meanwhile, the New Orleans Pelicans have split their last six games but they will be hoping to bounce back after falling to the Rockets in a 130-123 road loss on Monday. Jrue Holiday continued his hot form with 37 points on 16 of 21 shooting, E’Twaun Moore added 36 points, DeMarcus Cousins scored 24 poitns with 14 rebounds and eight assists while Rajon Rondo racked up a triple-double of 13 points, 12 rebounds and 12 assists. As a team, the Pelicans shot a sizzling 57 percent from the field and 18 of 33 from the three-point line but it still wasn’t enough to get past the Rockets who closed the game on a 13-4 run in the final 3:45. With the loss, New Orleans dropped to 14-14 on the season and 7-7 on the road where they’ve lost three of their last four.

The Bucks best basketball has come against the West this season as well as being .500 on the road so with the Peicans not being an overly strong home team I will take the basket and the Bucks.