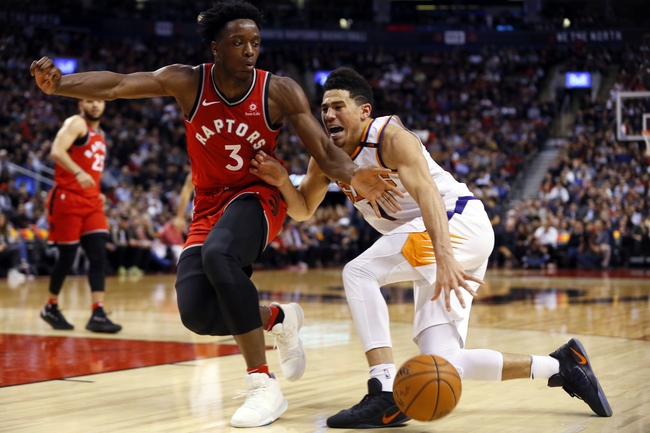 I'm not trying to lay double-digit chalk with the Raptors, a team that's not as good on the road as they are at home and is coming off a loss to the Clippers as six-point favorites. However, I'm not trusting the Suns to keep it close without Booker on the court. Instead, I'll side with the over. The over is a popular trend when these two teams meet and the Suns continue to get lit up on the defensive end. This is a game where the Raptors could explode for 120 or so points, making the over a realistic play.