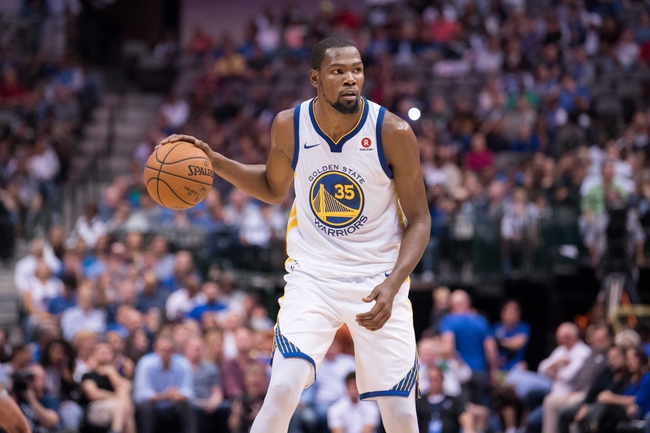 The Dallas Mavericks and the Golden State Warriors collide at the Oracle Arena on Thursday night.

The Dallas Mavericks have split their last six games but they were able to snap a three-game skid with a hard-fought 95-89 win over the Spurs on Tuesday. Harrison Barnes led the team in scoring with 17 points while Yogi Ferrell, Wesley Matthews and JJ Barea all scored 16 points each. As a team, the Mavericks shot 42 percent from the field and nine of 24 from the three-point line as they outscored the Spurs by 28-20 in the fourth quarter to spoil Kawhi Leonards’ long awaited season debut. With the much-needed win, Dallas improved to 8-20 on the season and 6-10 at home. What made the win more impressive was that Dirk Nowitzki scored just six points on one of eight shooting, while rookie Dennis Smith Jr. sat out the game with a knee injury, leaving him in doubt for Thursday.

Meanwhile, the Golden State Warriors have been shorthanded themselves but they haven’t skipped a beat as they will be aiming for an eighth straight victory after taking down the Trailblazers in a 111-104 home win on Tuesday. Kevin Durant led the team in scoring with 28 points, nine rebounds and five assists, Klay Thompson added 24 points while Nick Young chipped in with 12 points off the bench. Stephen Curry sat out the game as he deals with an ankle sprain while Draymond Green sat out the game to nurse a shoulder injury. With the win, Golden State improved to 22-6 on the season and 9-3 at home.

The Mavericks have been a little inconsistent all season but they will be full of confidence following their big upset win over the red-hot Spurs on Tuesday. However, while the Mavericks played well to beat the Spurs, I find it hard to believe they can back it up without another big upset over these Warriors who have been on a tear lately. Give me the Mavericks to hang around for the first half, but even with Green listed as doubtful, I like the Warriors to pull away late for the win and cover.