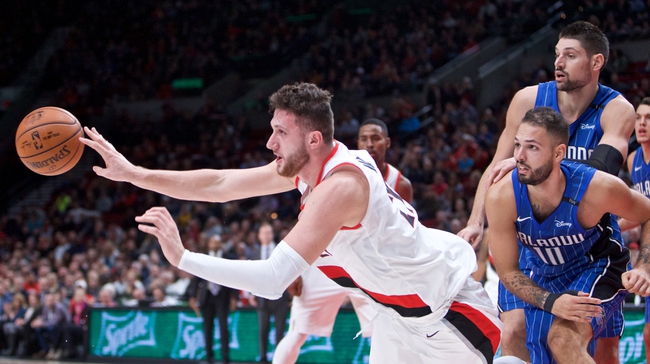 The Portland Trail Blazers and Orlando Magic meet Friday in NBA action at the Amway Center.

The Magic continue to stink up the joint and still have banged up players in Gordon and Fournier, who may or not play. The Portland Trail Blazers have had their hiccups this season as well, but they've been really solid on the road as of late, which includes covers in each of their last four tries. I look for Portland's backcourt to get the job done here against a beat up and struggling Orlando team. I'll lay the bucket.