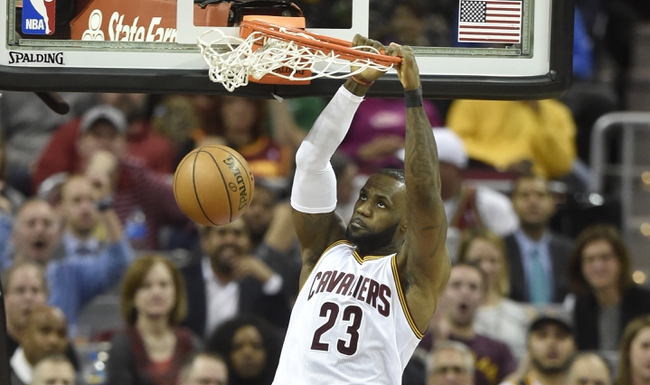 The Utah Jazz and the Cleveland Cavaliers duke it out at the Quicken Loans Arena on Saturday night.

The Utah Jazz will be feeling pretty good after snapping a four-game skid with a 107-95 win at Boston last night. Ricky Rubio led the team with 22 points and five assists while shooting 10 of 15 from the field, while Donovan Mitchell, Rodney Hood and Jonas Jarebko all chipped in with 17 points each. As a team, the Jazz shot 48 percent from the field and 13 of 25 from the three-point line but it was their defense that was the difference as they took control of the game after outscoring the Celtics by 25-13 in the second quarter. Unfortunately, the win was a little bittersweet as Rudy Gobert left the game early in the first quarter with a left knee injury and did not return. With the win, Utah improved to 14-15 overall and 3-10 on the road.

Meanwhile, the Cleveland Cavaliers have won 16 of their last 17 games and they will be gunning for a fourth straight victory after cruising past the Lakers in a 121-112 home win on Thursday. Kevin Love led the scoring with 28 points on nine of 15 shooting, LeBron James racked up a triple-double of 25 points with 12 rebounds and 12 assists while Jose Calderon chipped in with 17 points and six assists. As a team, the Cavaliers shot 50 percent from the field and 15 of 36 from the three-point line, but they really had to battle with the young Lakers for 48 minutes as they were really outhustled in the paint and on the boards. With the win, Cleveland improved to 21-8 overall and 12-4 at home.

The Cavs continue to pile on the wins on a nightly basis but they haven’t exactly been blowing teams off the court as their last four wins have come by single digits. The Jazz looked great in last night’s win over the red-hot Celtics, but they’ll have to be even better to trouble the Cavs on zero days’ rest. I’m confident the Cavs will be good enough to win this one at home, but I’ll take the Jazz with the handful of points.