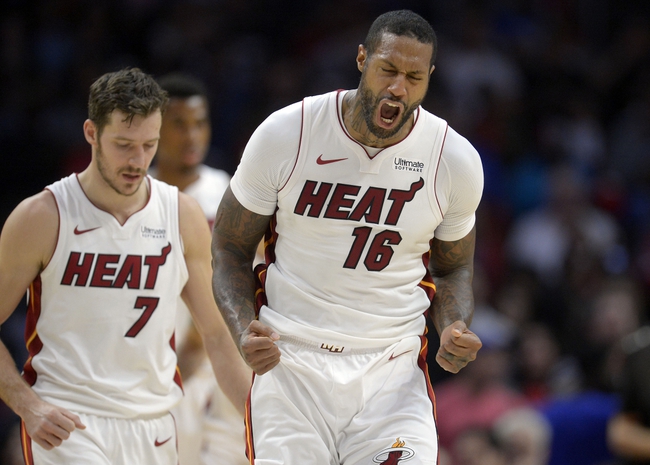 The Los Angeles Clippers and the Miami Heat duke it out at the American Airlines Arena on Saturday night.

The Los Angeles Clippers have lost five of their last eight games and they will be looking to bounce back after last night’s 100-91 loss at Washington. Lou Williams led the scoring with 23 points and four assists, Jawun Evans added a career-high 15 points off the bench while DeAndre Jordan chipped in with 12 points and 16 rebounds. As a team, the Clippers shot 39 percent from the field and seven of 24 from the three-point line but they kept falling behind by double digits, leaving them too much ground to make up in the fourth quarter. With the loss, Los Angeles dropped to 11-16 on the season and 5-9 on the road where they have lost three of their last four.

Meanwhile, the Miami Heat have split their last six games but they will be looking to build on last night’s 104-98 win at Charlotte. Tyler Johnson and Wayne Ellington led the team in scoring with 16 points each off the bench while Dion Waiters added 12 points with six assists. Goran Dragic continued his shooting slump with just eight points on two of 10 shooting, but he did contribute with seven assists and two blocks as the Heat shot 50 percent from the field and 11 of 31 from the three-point line. Hassan Whiteside sat out his eighth straight game with a left knee bruise but remains without a timetable for his return. With the win, Miami improved to 14-14 overall and 9-7 on the road.

Both the Clippers and the Heat have been struggling to string together wins as the injuries just keep piling up. You really wouldn’t want to put your money on either team the way they’ve been playing lately, but the home team has owned this matchup so I’m sticking with the Heat to get the job done in what should be a close one.