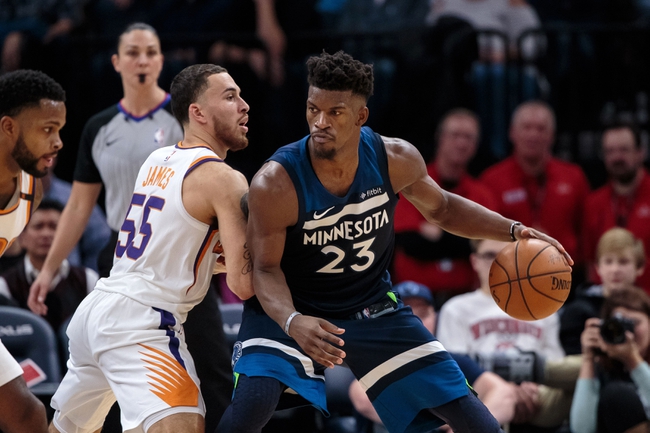 The Minnesota Timberwolves play host to the Phoenix Suns at the Target Center on Saturday night.

The Phoenix Suns have lost 10 of their last 12 games and they will be hoping to put a halt to a five-game skid after falling to the Raptors in a 115-109 home loss on Wednesday. Newly recruited Troy Daniels led the team with 32 points off the bench, TJ Warren and Greg Monroe added 17 points each while Tyler Ulis chipped in with 16 points and eight assists. As a team, the Suns shot 44 percent from the field and eight of 24 from the three-point line as they fell behind by as many as 15 points in the third quarter before rallying in the fourth quarter. With the loss, Phoenix dropped to 9-21 overall and 4-12 at home.

Meanwhile, the Minnesota Timberwolves have won four of their last six games and they will be looking to build on Thursday’s 119-96 home win over the slumping Kings. Karl-Anthony Towns led the team with 30 points, 14 rebounds and five assists, Andrew Wiggins added 22 points while Jimmy Butler chipped in with 21 points and nine assists. As a team, the Timberwolves shot a sizzling 56 percent from the field and 10 of 21 from the three-point line as they made light work of the Kings, pouring on 95 points in the first three quarters before easing off in the fourth quarter. With the easy win, Minnesota improved to 17-12 overall and 10-5 at home where they have won three of their last four.

The Suns have been in a major slump as they continue to play without their leading scorer in Devin Booker, but they were competitive against the Raptors and their last four losses have come by 10 points or less. The Timberwolves are starting to build some momentum and they will be feeling confident after blowing out the Kings, but I’m sticking with the Suns and the boatload of points in this one.