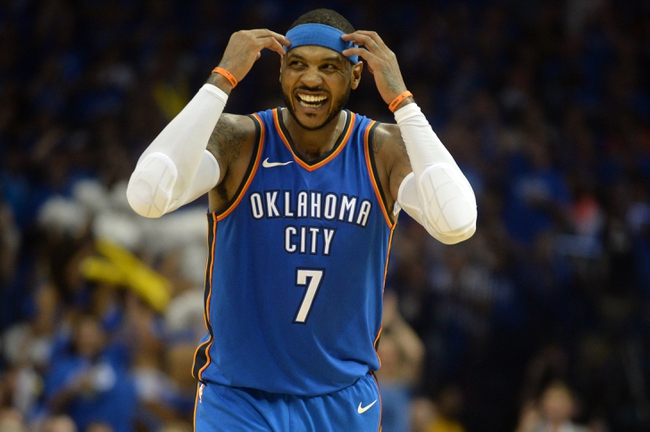 The only reason to be scared of the Oklahoma City Thunder in this spot is the fact they played nearly a game and a half Friday night in Philly. Other than that, the Thunder and the small chalk is the play. OKC seems to be finding itself on this road trip and is slowly bonding and coming together. This is also Melo's return to New York, and the same way the team made sure to get the win for PG13 in Indiana, they're going to rally around their teammate and want to do the same here. Porzingis is also questionable, which is kind of big news as well. Tough crowd, but Westbrook and others will find a way to pull out the victory.