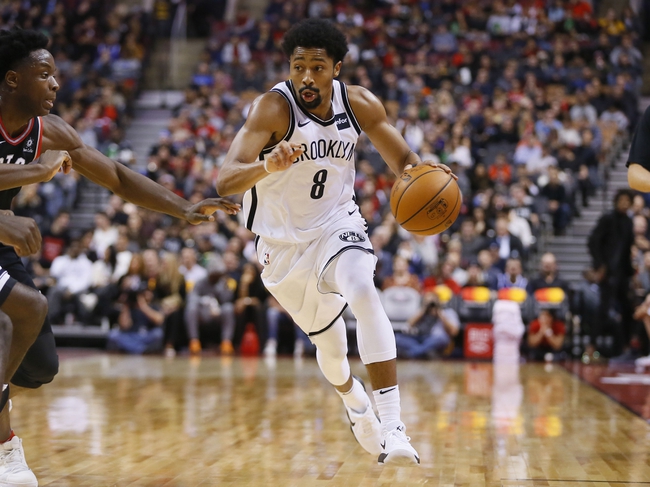 The Indiana Pacers pay a visit to the Brookyn Nets at the Barclays Center on Sunday night.

The Indiana Pacers have split their last 10 games and they will be hoping to put a halt to a two-game skid after falling to the Pistons in a 104-98 loss on Friday. Victor Oladipo led the team with 26 points, eight rebounds and four assists, Myles Turner added 24 points while Thaddeus Young chipped in with 12 points. As a team, the Pacers shot 40 percent from the field and nine of 30 from the three-point line as they fell just short after going on a 19-5 run during the final eight minutes of play. With the loss, Indiana fell to 16-13 overall and 10-6 at home where they had won four straight before losing their last two.

Meanwhile, the Brooklyn Nets have split their last 10 games and they will be hoping to avoid a third straight defeat after getting blown out by the Raptors in a 120-87 rout on Friday. Nik Stauskas led the team in scoring with 22 points off the bench, Jahlil Okafor scored 10 points for his new team while Isaiah Whitehead chipped in with 13 points. No starter finished in double figures in scoring as the Nets shot just 42 percent from the field as a team. With the loss, Brooklyn dropped to 11-17 overall and 5-9 on the road where they have won two of their last three.

The Nets have been playing some of their best basketball of the season lately and they will want to bounce back after stinking up the court in Friday’s loss to the Raptors. However, the Pacers are the better team from top to bottom and they will be eager to earn a win after losing their last two games by a combined 11 points. With the line being so low, I’m taking the Pacers to get the win and cover on the road in this one.