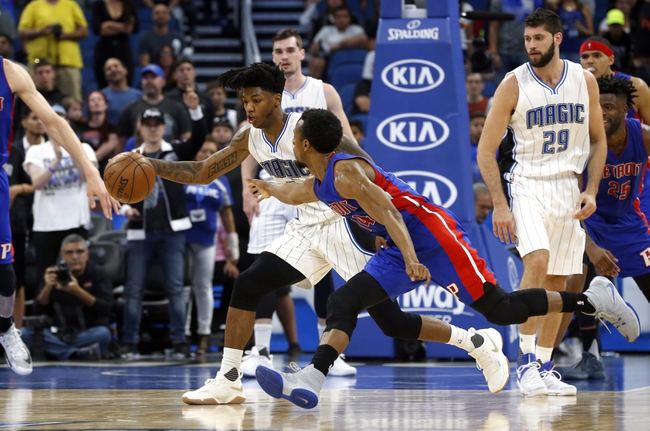 The Orlando Magic and the Detroit Pistons duke it out at Little Caesars Arena on Sunday afternoon.

The Orlando Magic have lost six of their last eight games and they will be hoping to put a halt to four-game skid after falling to the Trailblazers in a 95-88 loss on Friday. Nikola Vucevic led the team with 26 points and 14 rebounds, Jonathan Simmons added 15 points while Aaron Gordon made his return from a two-game absence to post 13 points before suffering a right calf strain which could see him miss more time. As a team, the Magic shot just 38 percent from the field and 10 of 29 from the three-point line but they just couldn’t get over the line after trailing by as many as 17 points midway through the fourth quarter. With the loss, Orlando dropped to 11-19 on the season and 6-8 at home where they have lost three straight.

Meanwhile, the Detroit Pistons will be aiming for a third straight victory after taking down the Pacers in a 104-98 road win on Friday. Andre Drummond led the team with 23 points, 13 rebounds and three blocks, Reggie Bullock added 15 points while Stanley Johnson chipped in with 13 points and four assists off the bench. As a team, the Pistons shot 42 percent from the field and 13 of 32 from the three-point line as they withstood a late rally from the Pacers after leading by as many as 16 points early in the fourth quarter. With the loss, Detroit fell to 16-13 overall and 8-8 on the road.

The Magic started the season with such promise but they’re really in a slump now as they continue to deal with injuries. The Pistons have also had their struggles this season but they will be looking to stay hot after taking down the Pacers on Friday. I think the Pistons get the win at home but this seems like too many free points to be handing the Magic.