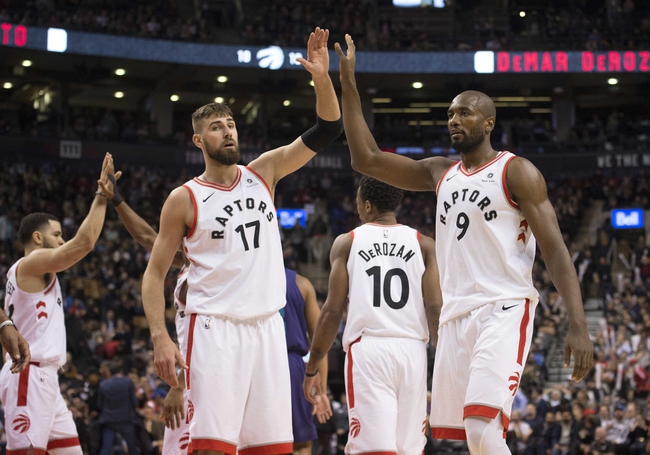 The Toronto Raptors and the Charlotte Hornets do battle at the Spectrum Center on NBA Wednesday.

The Toronto Raptors have been in great form as they’ve won eight of their last nine games and they will be gunning for a fourth straight win after cruising past the lowly Kings in a 108-93 win on Sunday. DeMar DeRozan led the scoring with 21 points, Kyle Lowry added 16 points with seven assists while Jonas Valanciunas chipped in with 13 points and 16 rebounds. As a team, the Raptors shot 42 percent from the field but they really couldn’t gain the ascendancy until the second half where they dominated and outscored the Kings by 47-31. With the win, Toronto improved to 20-8 overall and an impressive 11-1 at home.

Meanwhile, the Charlotte Hornets have lost six of their last eight games but they were able to snap a three-game skid with a 109-91 win over the Knicks on Monday. Frank Kaminsky tied a season-record with 24 points on 10 of 13 shooting off the bench, Michael Kidd-Gilchrist added 15 points with 10 rebounds while Marvin Williams chipped in with 12 points. As a team, the Hornets shot 49 percent from the field and nine of 20 from the three-point line as they made light work of the struggling Knicks, dominating the first half by 60-42 to set up the easy win to improve to 11-19 overall and 9-8 at home where they had lost five straight before Monday’s win.

The Raptors have been in solid form and they’re really starting to improve on the offensive end with Ibaka increasing his workload. Meanwhile, the Hornets have been struggling lately but looked great in their blowout win over the Knicks. This should be a close one but I have to stick with the more consistent Raptors against a Hornets team who had lost five straight at home before their win over the Knicks.