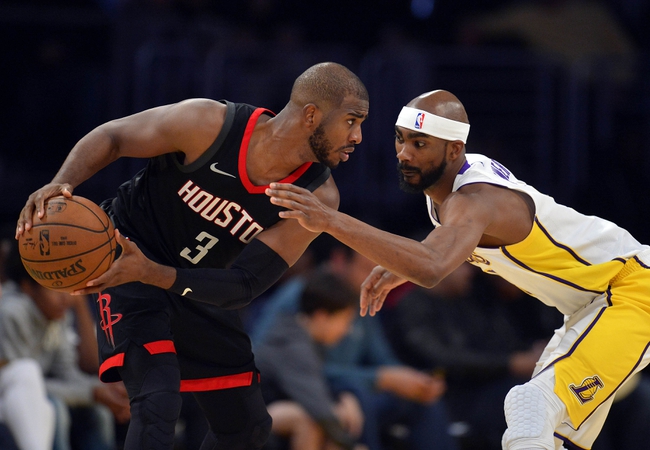 The Los Angeles Lakers and Houston Rockets meet Wednesday in NBA action at the Toyota Center.

Those who have followed me over the years know I'm not the guy who plays with big chalk and usually tries to make a case for the underdog and the points. The Lakers have been able to put up fights in games you wouldn't think they can, and their ability to score has allowed them to cover some nice numbers so far this season. However, the Houston Rockets are outscoring teams by 11 points at home this season, 12 points in their last five games and have beaten the Lakers by 20-plus points in each of the last three meetings. I don't lay big numbers often, but this is one of those spots it's probably a good bet.