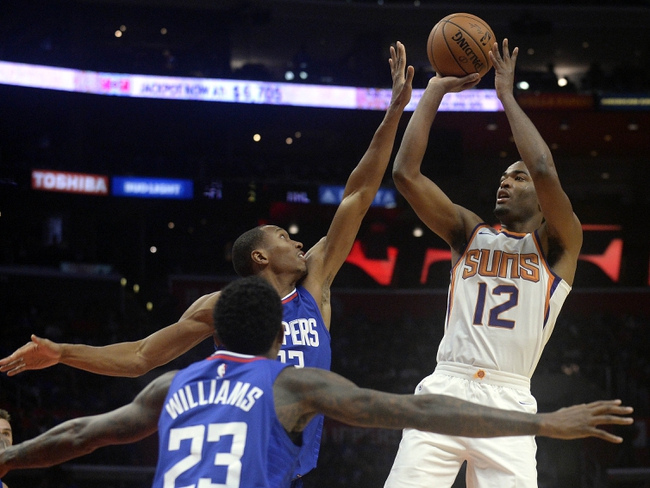 The Phoenix Suns invade the STAPLES Center to battle the Los Angeles Clippers on Wednesday night.

The Phoenix Suns have lost seven of their past 10 games but they will be aiming for a third straight win after taking down the Mavericks in a 97-91 road victory on Monday. TJ Warren led the team with 19 points, Isaiah Canaan chipped in with 17 points and six assists off the bench while Alex Len racked up 14 points with 14 rebounds and four assists off the bench. As a team, the Suns shot 44 percent from the field and 10 of 25 from the three-point line as they rallied to outscore the Mavericks by 29-14 in the fourth quarter to come away with the comeback victory. With the win, Phoenix improved to 11-21 overall and 7-9 on the road.

Meanwhile, the Los Angeles Clippers have lost seven of their past 10 games and they will be hoping to snap a three-game skid after getting blown out by the Spurs in a 109-91 road loss on Monday. DeAndre Jordan led the scoring with just 13 points and 14 rebounds while Austin Rivers scored just 12 points on four of 15 shooting. As a team, the Clippers shot just 44 percent from the field and nine of 29 from the three-point line but they were always fighting an uphill battle after falling behind by 31-17 going into the second quarter. Lou Williams sat out the game with a strained right foot while Wesley Johnson is dealing with a left foot injury. With the loss, Los Angeles dropped to 11-18 overall and 5-11 on the road.

The Suns have done pretty well to win their last two games despite playing without their leading scorer in Devin Booker and it has been their second unit that's been getting it done so far. Meanwhile, the Clippers have been struggling mightily with their injuries as they're now without Lou Williams but they were able to get Milos Teodosic back on the court which is a bit of relief for a team struggling for consistency. This is definitely a game I'd rather stay away from, but if I had to choose I'd lean towards the Suns and the points based on form alone.