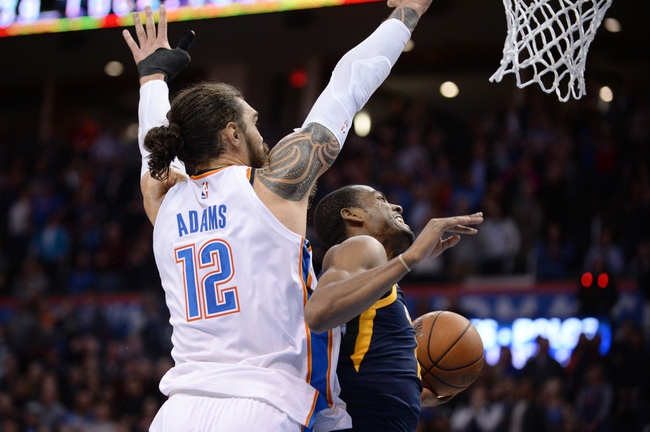 The Oklahoma City Thunder play host to the Utah Jazz at the Chesapeake Energy Arena on Wednesday.

The Utah Jazz could really do with a win as they’ve lost six of their past seven games and they will be hoping to snap a two-game skid after getting blown out by the Rockets by 120-99 on Monday. Rodney Hood led the team in scoring with 26 points off the bench, Joe Ingles added 17 points while Ricky Rubio chipped in with 14 points. As a team, the Jazz shot 46 percent from the field as they battled with the Rockets for three quarters before getting blown off the court in the fourth quarter where they were outscored by 41-15. With the loss, Utah dropped to 14-17 overall and 3-12 on the road where they have lost five of their last six.

Meanwhile, the Oklahoma City Thunder have won three of their last four games and they will be looking to build on Monday’s 95-94 home win over the Nuggets. As a team, the Thunder shot 48 percent from the field and seven of 24 from the three-point line. Paul George scored just eight points on three of 13 shooting while Carmelo Anthony finished with just four points, so it was up to Russell Westbrook who led the way with 38 points, nine rebounds and six assists as well as the go-ahead free throw to give the Thunder the win to improve to 15-15 overall and 10-4 at home.

The Thunder will look to stay hot after escaping with a narrow win on Monday, but that was a one-man show that they could've easily lost had things been slightly different. The Jazz will take any win they can get after losing six of their last seven and coming off such a tough loss to the Rockets, I think they come out firing and pull off the upset against the Thunder while they're still trying to find their identity. I like the Jazz with the points in what should be a low-scoring contest.