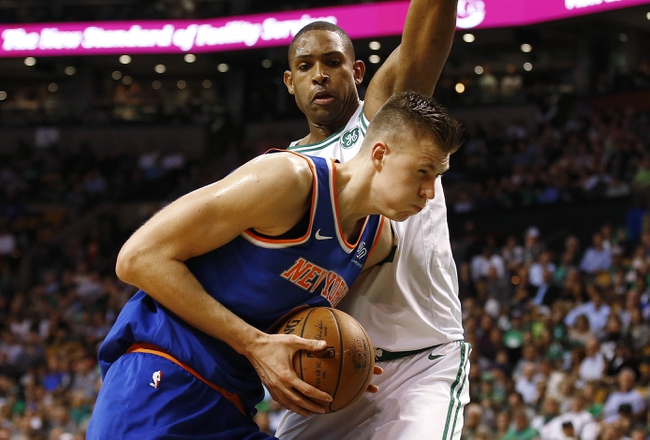 The Boston Celtics pay a visit to the New York Knicks at Madison Square Garden on Thursday night.

The Boston Celtics have won three of their last five games but they will be still be smarting from last night’s heartbreaking 90-89 home loss to the severely shorthanded Heat. Kyrie Irving led the team in scoring with 33 points, Jaylen Brown had 16 points while Marcus Smart chipped in with 15 points. As a team, the Celtics shot just 37 percent from the field as they struggled to find any rhythm against the Heat’s defense. Al Horford scored just six points on two of 10 shooting and on the defensive end, no one could stop Kelly Olynyk who poured in 32 points on 12 of 15 shooting. With the loss, Boston fell to 26-8 overall and 13-4 at home.

Meanwhile, the New York Knicks have won five of their last seven games but they will be aiming to bounce back after having their four-game win streak snapped by the Hornets in a 109-91 road loss on Monday. Michael Beasley has picked up the scoring slack in absence of Kristaps Porzingis and he led the way with 23 points and nine rebounds, Jarrett Jack added 12 points with seven assists while Enes Kanter chipped in with 11 points. As a team, the Knicks shot just 41 percent from the field and three of 18 from the three-point line but they were always running in mud after falling behind by 60-42 going into halftime. With the loss, New York dropped to 16-14 overall and 2-9 on the road.

The Celtics have had a couple of recent hiccups, including losing to a banged up Miami Heat team last night, but they're still lightyears ahead of the Knicks. New York does play its best basketball at home, but there are limited options with Hardaway out, putting pressure on Porzingis to do a lot of the ehavy lfiting. The Celtics are too deep to lose to two bad teams back-to-back nights. Give me the better team and the small chalk.