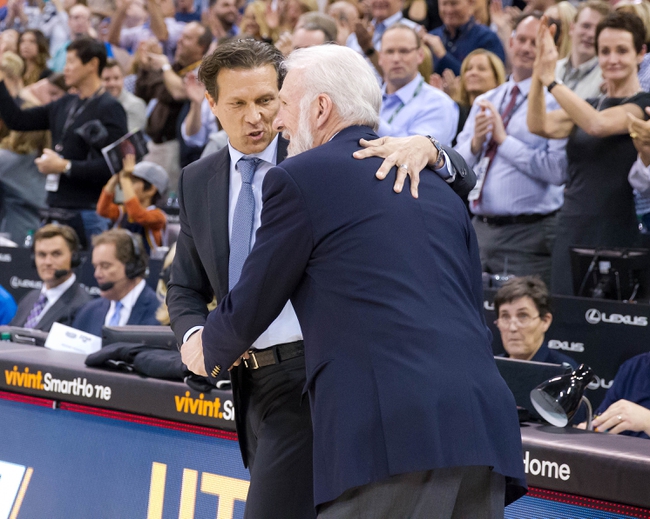 The Jazz have cooled off big time as of late to the point they're being outscored by nine points in their last five games. The Spurs are having guys in and out of the lineup, but they continue to put together victories the way the Spurs usually do, and they're 7-2 ATS this season when favored by less than five points. I have to eat the small number with the road team here.