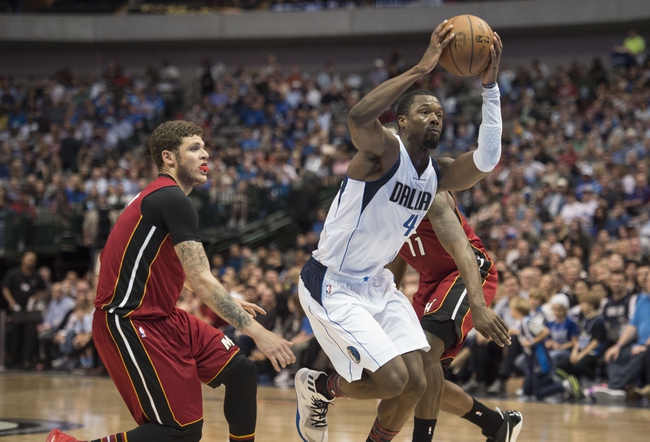 The Dallas Mavericks and the Miami Heat duke it out at the American Airlines Arena on Friday night.

The Dallas Mavericks have lost six of their past eight games but they will be feeling pretty good after snapping a three-game skid with a 110-93 win over the Pistons on Wednesday. Harrison Barnes led the team with 25 points on eight of 15 shooting, Dennis Smith Jr. added 15 points with five assists while Dirk Nowitzki chipped in with 12 points. As a team, the Mavericks shot a healthy 53 percent from the field and 14 of 30 from the three-point line as they dominated the second and third quarters by a combined 67-41 to put the game to bed before the fourth quarter. With the much-needed win, Dallas improves to 9-23 overall and 7-11 at home where they have won four of their last five.

Meanwhile, the Miami Heat have been dealing with a slew of injuries but they’ve won five of their last seven games and will be looking to build on Wednesday’s 90-89 win at Boston. Kelly Olynyk drained six three-pointers to lead the team with 32 points on 12 of 15 shooting while Josh Richardson added 19 points with six assists. As a team, the Heat shot just 44 percent from the field and 10 of 28 from the three-point line, but their defense was key to the win, especially in the third quarter where they outscored the Celtics by 26-15 before hanging on for the narrow win. James Johnson, Justise Winslow, Goran Dragic and Hassan Whiteside were all absent from the game with injuries which makes the win seem all the more impressive. With the win, Miami improved to 16-15 overall and 10-8 on the road.

Despite the poor record and record in Miami Dallas has been a better team against the number and while I liked them better at the 4 points this opened at, I still like Dallas here.