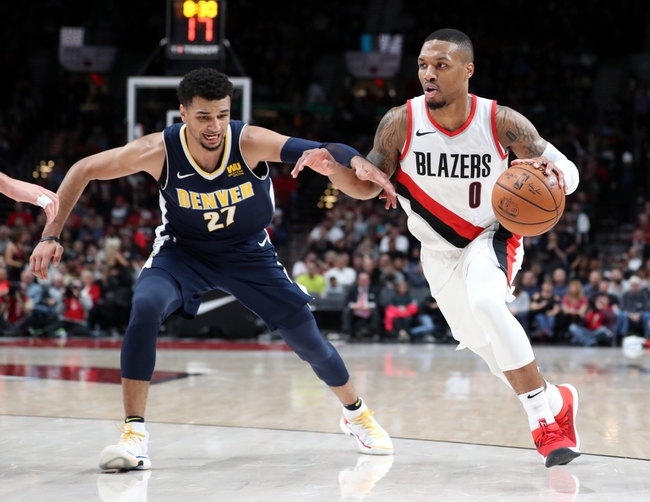 The Denver Nuggets and the Portland Trailblazers do battle at the Moda Center on Friday night.

The Denver Nuggets have lost three of their past four games and they will be aiming to put a halt to a two-game skid after falling to the Timberwolves in a 112-104 loss on Wednesday. Jamal Murray led the team with 30 points on 10 of 17 shooting, Nikola Jokic added 22 points while Trey Lyles chipped in with 15 points off the bench. As a team, the Nuggets shot 50 percent from the field and 13 of 28 from the three-point line but turnovers were a real issue as the Nuggets finished with 21 as a team, thanks largely to Jokic who committed 10 turnovers himself. Another more glaring issue has been the Nuggets poor defense and it showed again on Wednesday as they allowed the Timberwolves to finish with 112 points after allowing just 17 in the first quarter. With the loss, Denver dropped to 16-15 overall and 11-3 at home.

Meanwhile, the Portland Trailblazers have lost eight of their last 11 games and they will be hoping to avoid a third straight loss after getting edged out by the Spurs in a 93-91 loss on Wednesday. Damian Lillard led the team with 17 points but shot just six of 17 from the field, Jusuf Nurkic added 15 points, Evan Turner had 14 points while CJ McCollum scored 13 points on five of 22 shooting. As a team, the Trailblazers shot 39 percent from the field and six of 25 from the three-point line but they just couldn’t hold off the Spurs despite leading by six points in the fourth quarter. With the loss, Portland dropped to 16-15 overall and 7-9 at home where they’ve now lost five straight.

Head to head, the over is 8-2 in the last 10 meetings and the favorite is 4-1 ATS in the last five meetings.

Even with the stars missing here I still see plenty of points and while the over hits often in this series, it hits again here.