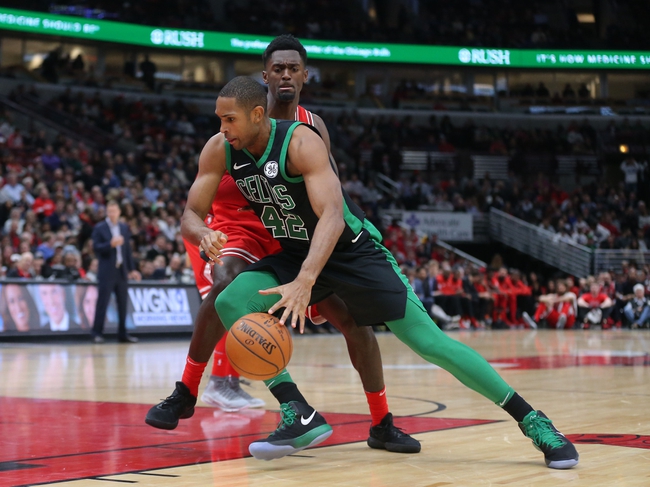 The Chicago Bulls pay a visit to the Boston Celtics at the TD Garden on Saturday night.

The Chicago Bulls have been in season-best form but they will be looking to bounce back after having their seven-game win streak snapped by the Cavaliers in a 115-112 loss on Thursday. Lauri Markkanen led the team with 25 points on 11 of 17 shooting, Danzel Valentine added 18 points while Kris Dunn chipped in with 10 points and 14 assists. As a team, the Bulls shot 55 percent from the field and 12 of 31 from the three-point line as they fell just short after really taking it to the Cavaliers for the entire 48 minutes. With the loss, Chicago dropped to 10-21 overall and 3-13 on the road.

Meanwhile, the Boston Celtics have split their last 10 games and they will be hoping to avoid a third straight defeat after falling to the Knicks in a 102-93 loss on Thursday. Kyrie Irving led the team with 32 points on 12 of 27 shooting, Jayson Tatum added 17 points while Al Horford chipped in with 10 points and five assists. As a team, the Celtics shot 38 percent from the field and 13 of 38 from the three-point line as they rallied back form an early 12-point deficit to tie the game going into the fourth quarter, but they couldn’t hold off the Knicks who outscored them in the fourth by 34-25. With the loss, Boston dropped to 26-9 overall and 13-5 on the road.

The Celtics have really cooled off since their fast start to the season and their defense really let them down against the Knicks on Thursday. The Bulls will be disappointed with their loss to the Cavaliers on Thursday but they will take plenty of confidence from seeing their style really push the best team in the Eastern Conference. I’m expecting a close game, so I’m taking the Bulls with the points, especially given that they’ve covered in each of their last five road games.