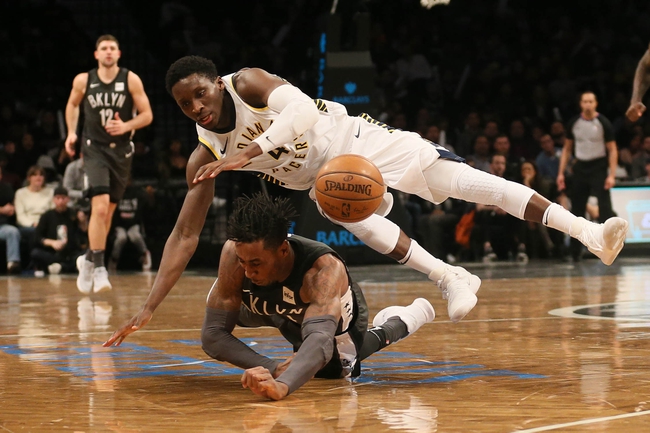 The Brooklyn Nets and the Indiana Pacers do battle at the Bankers Life Fieldhouse on Saturday night.

The Brooklyn Nets have lost five of their last seven games but they will be feeling pretty good after snapping a four-game skid with a 119-84 win over the Wizards last night. Rondae Hollis-Jefferson led the team with 21 points, 11 rebounds and six assists, Caris LeVert added 17 points while DeMarre Carroll, Spencer Dinwiddie and Nik Stauskas all scored 15 points each. As a team, the Nets shot 50 percent from the field and 14 of 41 from the three-point line as they dominated the Wizards, holding them to just 36 percent shooting to lead by as many as 40 points. With the win, Brooklyn improved to 12-19 overall and 7-10 at home.

Meanwhile, the Indiana Pacers have lost three of their last five games but they will be aiming to build on Wednesday’s 105-95 win at Atlanta. Victor Oladipo led the way with 23 points, Myles Turner added 20 points while Bojan Bogdanovic chipped in with 19 points on eight of 14 shooting. As a team, the Pacers shot 48 percent from the field and seven of 21 from the three-point line as they pulled away in the second half after leading by just two points going into halftime. With the win, Indiana improved to 18-14 overall and 8-7 on the road where they have won their last two.

The Pacers have been a little inconsistent lately but they will be feeling pretty good following their win over the struggling Hawks on Wednesday. The Nets haven’t exactly been world beaters but they’re capable of pulling off the upset as the Wizards found out last night. I like the Pacers to win this one easily, but I think the Nets are good enough to keep this one to single digits.