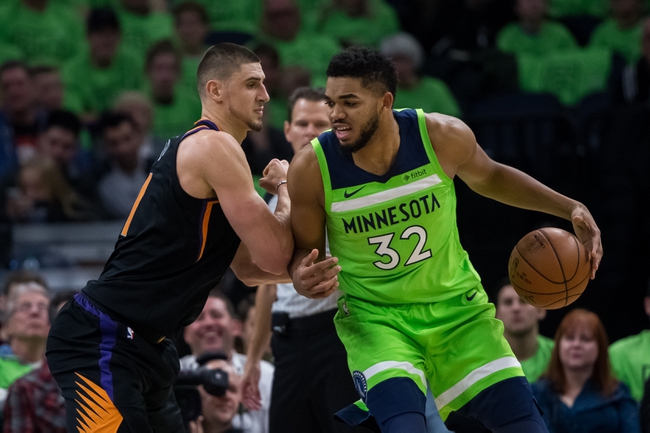 The Minnesota Timberwolves and the Phoenix Suns do battle at the Talking Stick Resort Arena on Saturday.

The Minnesota Timberwolves have won six of their past nine games and they will be gunning for a third straight win after taking down the Nuggets in a 112-104 road win on Wednesday. Karl-Anthony Towns and Jimmy Butler led the team in scoring with 25 points apiece, Jamal Crawford provided the spark off the bench with 20 points and seven assists while Jeff Teague chipped in with 16 points and eight assists. As a team, the Timberwolves shot 49 percent from the field and eight of 24 from the three-point line as they came back from 14-point third-quarter deficit to beat the Nuggets who had won 11 of their 13 home games. With the win, Minnesota improved to 19-13 overall and 8-7 on the road.

Meanwhile, the Phoenix Suns will be looking to stay hot after winning three of their last four games following their 97-95 win over the Grizzlies on Thursday. TJ Warren led the team with 27 points, Josh Jackson added 13 points while Greg Monroe chipped in with eight points, 12 rebounds and seven assists. As a team, the Suns shot just 40 percent from the field and 10 of 26 from the three-point arc but with the game on the line, it was Troy Daniels who stole the show with the game-winning three with 17 seconds left on the clock against his former team. With the win, Phoenix improved to 12-22 overall and 5-12 at home.

The Suns have found a rare patch of form since losing Devin Booker to injury and they’ve been a good bet as they’ve covered in four of their last five. However, the Timberwolves are a team on the rise and they looked great in their comeback win over the Nuggets, so I’m leaning towards them to earn the win and cover over the much more inconsistent Suns.